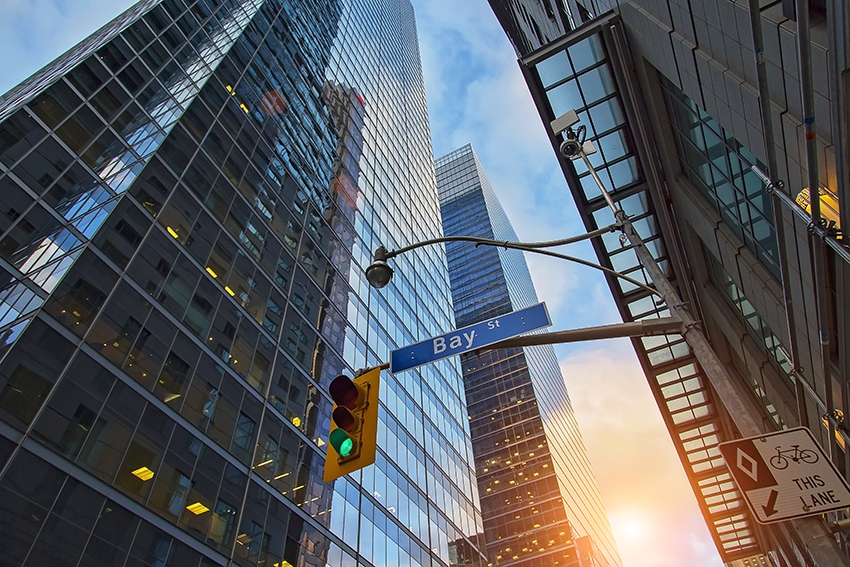 The effect of higher corporate taxes on Canada’s big financials

The Sept. 20 Canadian federal election left the political parties in almost exactly the same position as before the campaign. The Liberals gained only two seats, for another minority government. Regardless of what the future holds in terms of electoral outcomes, one result to watch for will be the Liberals’ promise to impose higher taxes on Canadian banks and financial companies.

The Liberals have proposed a hike of 15% to 18% in the federal income tax rate on banks and insurance companies that earn more than $1 billion a year, as well as a temporary (supposedly) Canada recovery dividend to be paid by banks and insurers. The justification for introducing these measures was that the extensive government support programs during the Covid-19 pandemic “insulated our financial sector from the worst of the pandemic.”

The background briefing from the Liberals as part of their policy program noted the operating income of Canada’s six largest banks has increased by more than 17% since the beginning of the pandemic. The banks’ and insurers’ contribution to the Canada recovery dividend would be developed over the next few months in collaboration with the Office of the Superintendent of Financial Institutions (OSFI) and run for a four-year period. Together with the rise in corporation tax, the Liberals estimate the measures would generate at least $2.5 billion a year for the next four years.

Should investors be concerned about the increase in taxes for the financial sector? Bear in mind that the sector is the largest in the S&P/TSX Composite Index, comprising over one third of its market capitalization. While share prices are supposed to represent the future stream of income generated by a company, and any reduction in that income stream by higher taxes or operating expenses should theoretically reduce the value of the shares, many other factors contribute to the valuation of companies on public markets.

Financials, whether in Canada, the U.S., Europe, or Asia, usually sell at relatively low valuations compared with many other sectors. This arises from the perception, generally acknowledged to be correct, that banks and insurers are low-growth companies. Their reliance on the state of the economy and the shape of the yield curve in the bond market means that it is difficult for them to grow much faster than the rate of growth of gross domestic product (GDP).

In mature developed countries, such as North America, Europe and Japan, this usually means GDP grows around 2% to 3% annually. Banks and insurers’ earnings per share (EPS) growth rate is a little higher, at 5% to 8% annually. When technology or healthcare companies can grow their EPS 15%-35% annually, this obviously does not appear particularly attractive, and the financials will sell at a discount to the market’s price/earnings (p/e) valuation.

The S&P 500 Composite Index sells at 26.7 times 2020 earnings while the S&P/TSX Composite Index sells at 19.3 times earnings. By contrast, the Canadian banks’ p/e ratios for 2020-21 range between 10 and 12, while U.S. banks such as JPMorgan, Bank of America, Wells Fargo, and Morgan Stanley are selling at p/e’s between 10 and 14. Credit card issuers Visa and Mastercard sell at 42 and 51 times 2021 earnings, respectively, but they do not have credit losses or massive balance sheets to contend with, so the market treats them as financial technology companies with the appropriate rating.

The Liberal’s tax increases for the financial sector means that, on average, each of the six major banks and three life insurers making over $1 billion would each be liable for an additional $275 million in taxes each year (dividing $2.5 billion by the nine institutions), although obviously the larger companies would pay more proportionately than the smaller ones.

Using a p/e ratio of 11, this would imply a $3 billion reduction in the valuation of each bank or insurer. For some perspective, Royal Bank’s market capitalization now is about $182 billion, TD’s $151 billion, and Bank of Nova Scotia’s $95 billion, so this would represent between 1.6% and 3.2% of their valuation. As the three banks have increased in value by 36%, 37%, and 44% over the last 12 months as the economy has recovered, it becomes apparent that investors should not be overly concerned about the increased taxes. In addition, the government has lifted the freeze on increasing dividends which had been in place since the beginning of the pandemic.

If the logic of the government’s policies is followed through, then if the banks are healthy enough to pay an additional $2.5 billion a year in taxes, then they should certainly be healthy enough to start raising dividends again. RBC, TD, and Scotiabank sell at around 10 to 11 times earnings and yield between 3.4% and 4.3%, making them excellent value, while major U.S. banks, such as JPMorgan, Bank of America, and US Bancorp, sell at 11-14 times earnings and yield 1.6% to 3%.

Gavin Graham is a veteran financial analyst and money manager and a specialist in international investing, with over 35 years’ experience in global investment management. He is the host of the Indepth Investing Podcast.

The commentaries contained herein are provided as a general source of information based on information available as of Oct. 19, 2021, and should not be considered as investment advice or an offer or solicitations to buy and/or sell securities. Every effort has been made to ensure accuracy in these commentaries at the time of publication, however, accuracy cannot be guaranteed. Investors are expected to obtain professional investment advice.

The views expressed in this post are those of the author. Equity investments are subject to risk, including risk of loss. No guarantee of performance is made or implied. The foregoing is for general information purposes only. This information is not intended to provide specific personalized advice including, without limitation, investment, financial, legal, accounting or tax advice.