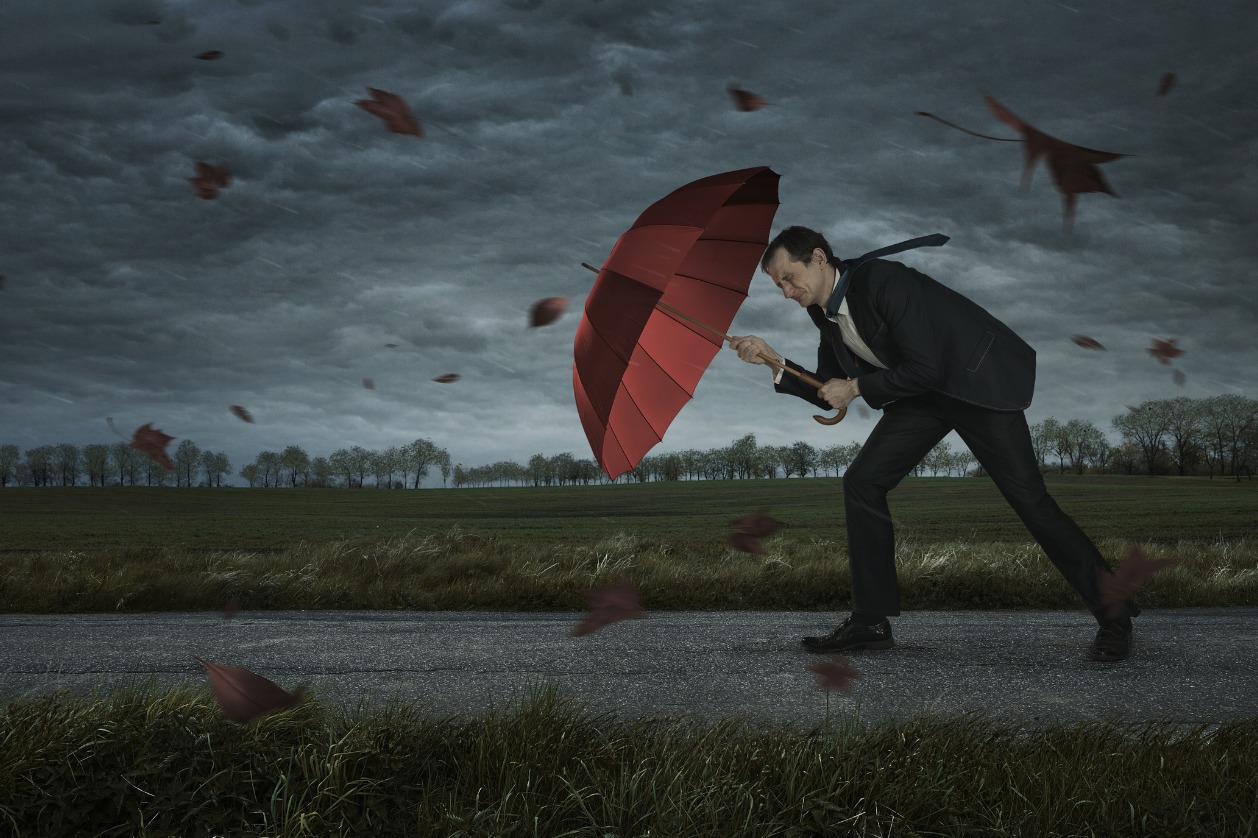 Current crisis not a ’70s replay

The song opens with an ominous line: “Here comes the story of the Hurricane.” It was 1975. Bob Dylan’s gravelly vocals were howling about social justice issues while inflation surged at a runaway rate of 9.5%. Today, it is JP Morgan CEO Jamie Dimon warning of economic hurricanes, prices are spiraling higher at a 1970s-style clip, and remarkably, Dylan is still touring.

This is a messy environment. And, it is a giant departure from the disinflationary decade of the 2010s, which now looks like one of history’s blander interludes. America’s recent 8.6% inflation number is just another gloomy data point on the grim timeline that is 2022. But blustery winds are still blowing everywhere. Pandemic and supply-chain snarls linger. The Ukraine war’s endgame is increasingly out of sight. This year’s economic forum in Davos, normally a festival of dealmaking and gladhanding, was unseasonably dark. And, in its mid-year forecast, the World Bank used the dreaded s-word (“stagflation”), slashing its growth outlook for this year to 2.9% from 4.1%.

All this is more than a flash flood. Rather, a new and turbulent system has arrived, whose debris to date ranges from the Fed’s credibility (which expected pandemic price-spikes to be short lived) to the trillions shed in tech-related wealth (not to mention the onset of a crypto winter). Just when investors think they have the patterns figured out, Mother Nature has another idea.

But in this tempest of incoming data, one clear trend can be seen: soaring prices. Inflation is now rising at its highest level in four decades. Whether it is the price of insurance (retirees), gasoline (boomers), mortgage costs (millennials), or even baby formula (invaluable, apparently), there is something for everyone. Looking ahead, a growing concern is that we may see a repeat of the 1970s, where U.S. inflation averaged more than 7% over the decade, devastating household finances and the economy. By 1980, inflation would reach the dizzying height of 14%. How likely is it that we are back in that decade?

No market for young investors?

For investors of a certain age, recent inflation conjures memories of long lines at gas stations, coal miners on strike, and President Gerald Ford’s “whip inflation now” slogan. Younger investors may feel shocked by the new environment – even flattened to their desk chairs, as if by centrifugal force, staring unblinking in disbelief at the numbers on their computer screens.

Experience counts for something here (fact check: this author’s inception was in the 1970s, but we are happily riding the experiential coattails of four other investment team members with earlier vintages). Either way, recent price trends are a major shock to an entire generation of consumers who had become accustomed to little or no inflation.

Where to from here? In a March 2021 Ask Forstrong entitled "Global Inflation: Has The Force Awakened?", we wrote: “the world is witnessing the beginning of the end of a 40-year period of disinflation.” We still believe that. And today does share some similarities with the 1970s. Pandemic-driven supply disruptions and the recent Ukraine war energy shock resemble the oil shocks in 1973 and 1979-80. Those were both catalysts to propel inflation expectations higher. Then, as now, monetary policy was highly accommodative in the run-up to these shocks. The 1970s was also marked by a wage-price-rent spiral, in which rising food and energy prices increased wages and subsequently rent prices.

But the inflation narrative taking hold — that we are back in the 1970s — is the wrong one. Yes, it is a captivating story. A recent Bloomberg headline breathlessly blames policymakers: “World’s Central Banks Got It Wrong And Economies Pay The Price.” The dark, conspiratorial websites (the ones that make Zerohedge look like children’s literature) are even more ablaze with apocalyptic forecasts.

We get it. This narrative is neat and tidy, with a clear villain: policymakers stimulated for too long, misjudged the effects, and now we are all back in the 1970s. Yet consider the behavioural element here. When confronted with something new, human beings are remarkably efficient at anchoring themselves to something that has already happened; they are also astonishingly prone to believing our own propaganda. And so our mental frameworks can stay one-dimensional, chronically deprived of any new information. Yet it is in the wilder edges of the margins, where the best insights often occur.

The great vacancy in today’s inflation conversation is not in highlighting the similarities between now and the 1970s but in highlighting the differences. Where to start? The collapse of the Bretton Woods system and the separation of the U.S. dollar from its last link to gold set the tone for the 1970s.

Since the end of WWII, America was on a quasi-gold standard. But by 1971, with a major shift to the left in politics and no appetite to deflate, President Nixon opted for the politically expedient delinking. Suddenly, the world’s monetary system was untethered to a reliable anchor. The U.S. dollar promptly depreciated, and prices linked to the currency soared. And so began an inflationary decade.

Another key difference was regulation. Unionized workers were 25% of the labour force. Today, they are about 10%. Nixon even tried out wage controls in 1971 (which once relaxed, predictably fueled the fires of future inflation). But wage rigidity was a key reason causing the wage-price spiral. Unsurprisingly, productivity growth collapsed during the 1970s. Today, productivity has been trending higher since 2015 – and further gains are highly likely coming out of the pandemic.

Yet another blind spot is that national economies were essentially closed in the 1970s. For most countries, imports were a tiny percentage of GDP (just over 3% for the US). Contrast that with today’s hyper-connected world. Imports have become an important safety valve to relieve shortages and their associated price pressures.

Still, some predict a de-globalizing world and rising price pressures as a result. We have been very skeptical of this view. The reality is multinational business interests always find ways to circumvent government regulations and trade barriers. Technological innovation and labour substitution will continue, if not accelerate, in response to both. Case in point: China’s foreign trade has surged, with exports as a share of global GDP and global trade reaching all-time highs despite heavy tariffs imposed by the American government.

A related detail to the above is the manufacturing share of developed economies. During the 1970s, manufacturing was nearly a quarter of the economy. Today, it is less than 10%. Oil intensity is also far lower. The astute analysts at Alpine Macro calculate the U.S. economy uses 70% less oil than 50 years ago to produce the same amount of national output. All of this means oil shocks are far less inflationary.

The final point relates to policy. This is a big topic. But in the 1970s, the Fed was heavily influenced by Milton Friedman’s “monetarist” view, which theorized that controlling the money supply was key to managing inflation. What they missed was that the link between money supply and inflation was actually weak in practice.

It may be unpopular to say (and certainly doesn’t fit the 1970s narrative), but policymakers may actually be determined not to repeat the same mistakes. Case in point: Chairman Powell’s quick reaction to misdiagnosing inflation as transitory. Tightening financial conditions are already having an impact (the latest 75 basis point rate hike from the Fed was the highest in nearly 30 years and even Switzerland bumped up rates for the first time since 2007). Witness the almost immediate turn in housing prices. Auto sales are decelerating. The labour market is normalizing. The biggest wage gains have been in low-skilled sectors and could easily reverse if labour supply continues to expand and economic growth crests (as it is now). A final observation not to be overlooked is that the U.S. dollar has been chronically strong – a key difference from the 1970s.

Contrary to the consensus, all of this will tug prices lower in the period ahead. Inflation will also trend lower for reasons that have nothing to do with monetary tightening (i.e., the buildup of goods inventories and over-ordering, easing supply chain pressures and the tech rout reining in excesses). Of course, central banks will take all the credit – a nice gig, if you can get it.

“We just don’t know if it’s a minor one or Superstorm Sandy,” said Jamie Dimon, “you better brace yourself.” Economic growth is indeed slowing. But a downturn similar to 2008 is unlikely. Today, we simply do not have the same economic and financial imbalances as we had prior to those periods. And, crucially, investors should remember that markets are forward looking, pricing in the probable future. America’s long bond – finally willing to be the adult in the room – has taken notice, selling off by more than a quarter this year to reflect the current inflationary dynamics. Market leadership has changed. Assets dependent on low interest rates remain vulnerable. But several investment classes now offer starting valuations and yields that lead to attractive longer-term returns.

In a world aflame with prophecies of doom, nothing could be more contrarian than declaring that policymakers will eventually regain control of prices (even if it means a shallow economic slowdown). The pain trade – if you will permit us to extend the meteorological metaphors way beyond their breaking point – is to prepare for the weather change, accepting that we may only be in the middle stages of a longer economic cycle. That does not mean hiding out in cash – or  heaven forbid, crypto. As Dylan sang in another classic, both of those are no shelter from the storm.

Tyler Mordy, CFA, is CEO and CIO of Forstrong Global Asset Management Inc., engaged in top-down strategy, investment policy, and securities selection. The Forstrong Global Investment team contributed to this article. This article first appeared in Forstrong’s “2022 Super Trends: World in Transition” publication available on Forstrong’s Global Thinking blog. Used with permission. You can reach Tyler by phone at Forstrong Global, toll-free 1-888-419-6715, or by email at tmordy@forstrong.com. Follow Tyler on Twitter at @TylerMordy and @ForstrongGlobal.

Content © 2022 by Forstrong Global. All rights reserved. Reproduction in whole or in part by any means without prior written permission is prohibited. Used with permission.

The foregoing is for general information purposes only and is the opinion of the writer. The author and clients of Forstrong Global Asset Management may have positions in securities mentioned. Performance statistics are calculated from documented actual investment strategies as set by Forstrong’s Investment Committee and applied to its portfolios mandates, and are intended to provide an approximation of composite results for separately managed accounts. Actual performance of individual separate accounts may vary with average gross “composite” performance statistics presented here due to client-specific portfolio differences with respect to size, inflow/outflow history, and inception dates, as well as intra-day market volatilities versus daily closing prices. Performance numbers are net of total ETF expense ratios and custody fees, but before withholding taxes, transaction costs and other investment management and advisor fees. Commissions and management fees may be associated with exchange-traded funds. Please read the prospectus before investing. Securities mentioned carry risk of loss, and no guarantee of performance is made or implied. This information is not intended to provide specific personalized advice including, without limitation, investment, financial, legal, accounting or tax advice.