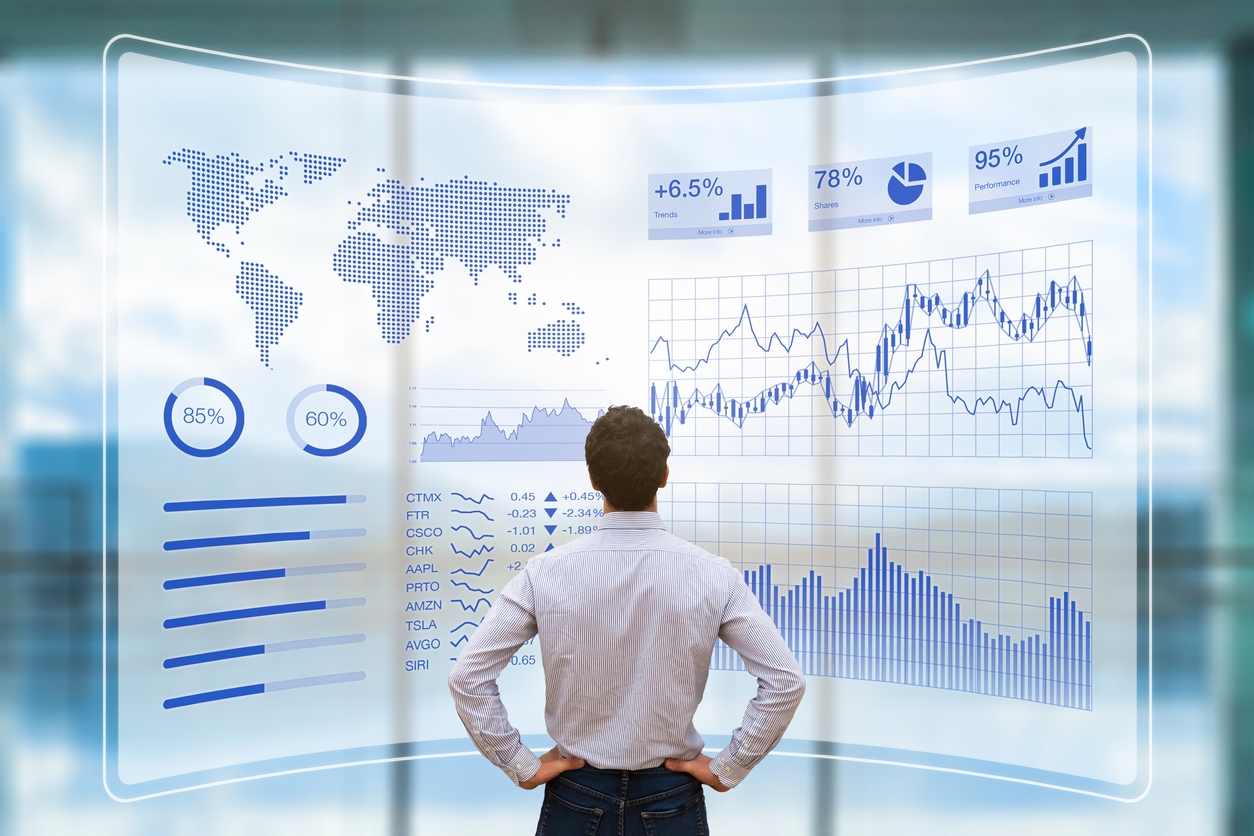 Canadian stocks have risen nearly 40% since the March 2020 lows, but 10-year Government of Canada bond yields remain near historical lows at just 0.55%. While it may appear like bonds and stocks are telling two different stories, they are actually one and the same.

After three months under lockdown, the City of Toronto will soon be allowed to reopen certain nonessential businesses, restoring a semblance of normalcy to one of Canada’s hardest hit urban areas. However, Canada still operates under strict protocols to protect against a renewed increase in infections, according to the University of Oxford’s COVID-19 Government Response Tracker database, which monitors the stringency of public measures to contain the virus across a range of countries (see the chart below). But having brought the number of new cases under control, Canada will likely follow the arc of Europe and Japan where measures have recently been relaxed. 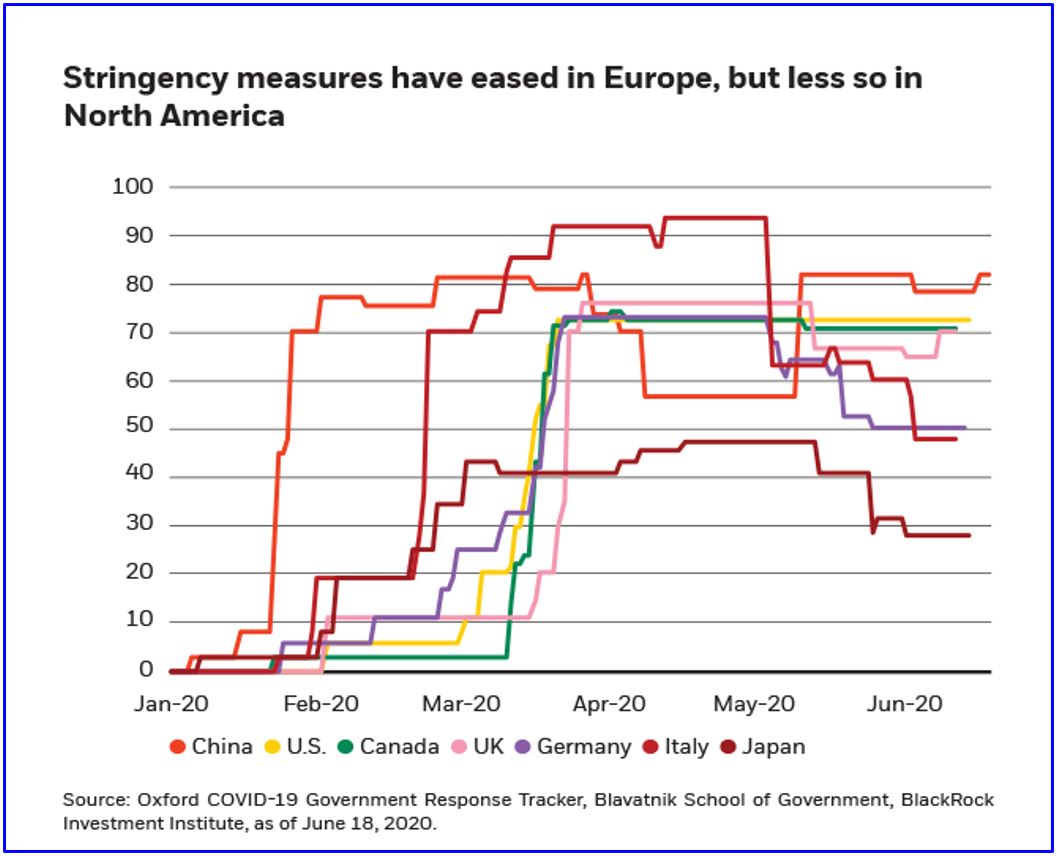 Global equity markets have risen sharply since late March when widespread uncertainty over the swift spread of lockdown measures prompted broad risk-off moves. The S&P/TSX Composite Index (TSX) has jumped 38% since March 23, virtually identical to gains in the broad MSCI World index of developed country stocks over the same period (see the chart below). Remarkably, these gains occurred even as expected 2020 earnings for the TSX fell by 50% since the market’s peak in mid-February. 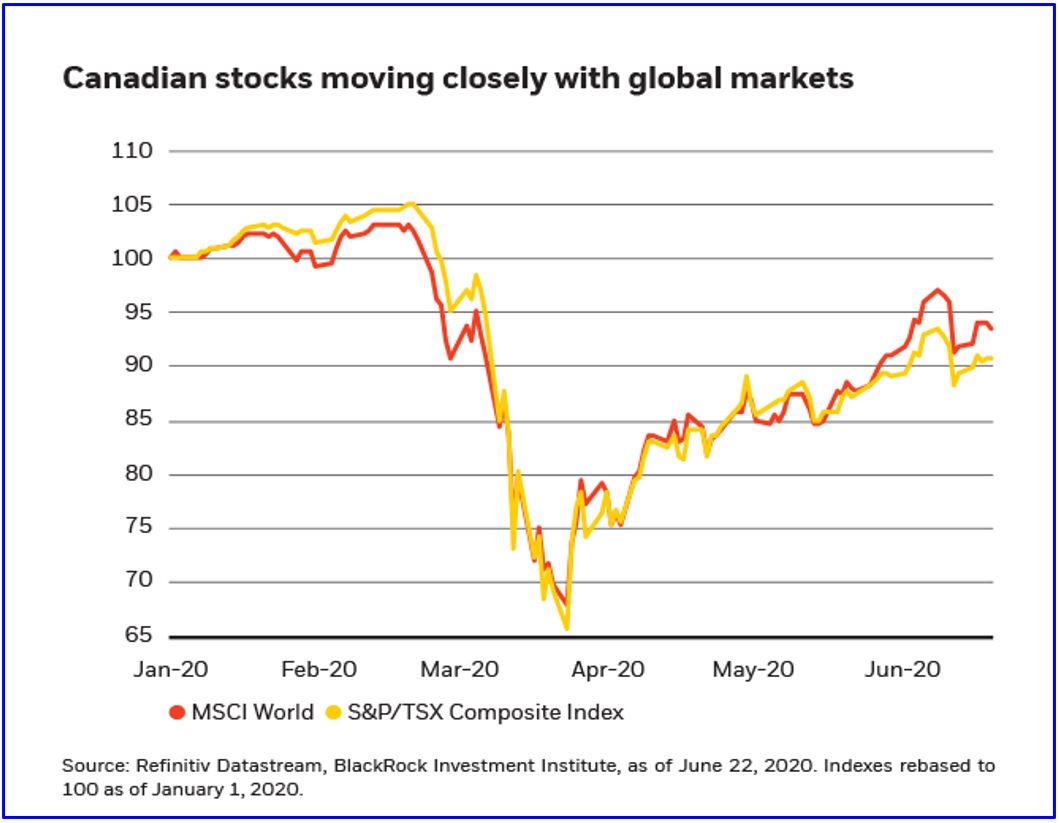 Recent better (and earlier)-than-expected improvement in the labor market in May, combined with steady progress arresting the spread of the virus in Canada, only serve to reinforce perceptions that the worst of the economic outage may likely be in the rearview mirror. The Parliamentary Budget Office (PBO) announced an update to its fiscal projections related to COVID-19 spending on June 18 and raised its 2020 real GDP estimate to a contraction of just 6.8% compared to an estimated 12% decline on April 30.

But the path to true normal is likely to be a long one. Bank of Canada Governor Tiff Macklem spoke of a “fog of uncertainty” in his first official speech as governor and the many question the bank faces about its near-term outlook. Consistent with gains in risk assets, Governor Macklem was hopeful for a return to growth in the third quarter but noted that any recovery is likely to be “prolonged and bumpy.”

Stocks are not necessarily complacent about these risks. Expected 2021 earnings for the TSX are expected to remain 8% below 2019 levels, suggesting some lost economic output and a slower recovery in profits than a full V-shaped recovery would imply (see the chart below). And even though the stock market has performed well since March, the TSX is also still 13.5% below its February 2020 peak and down 9% so far this year. 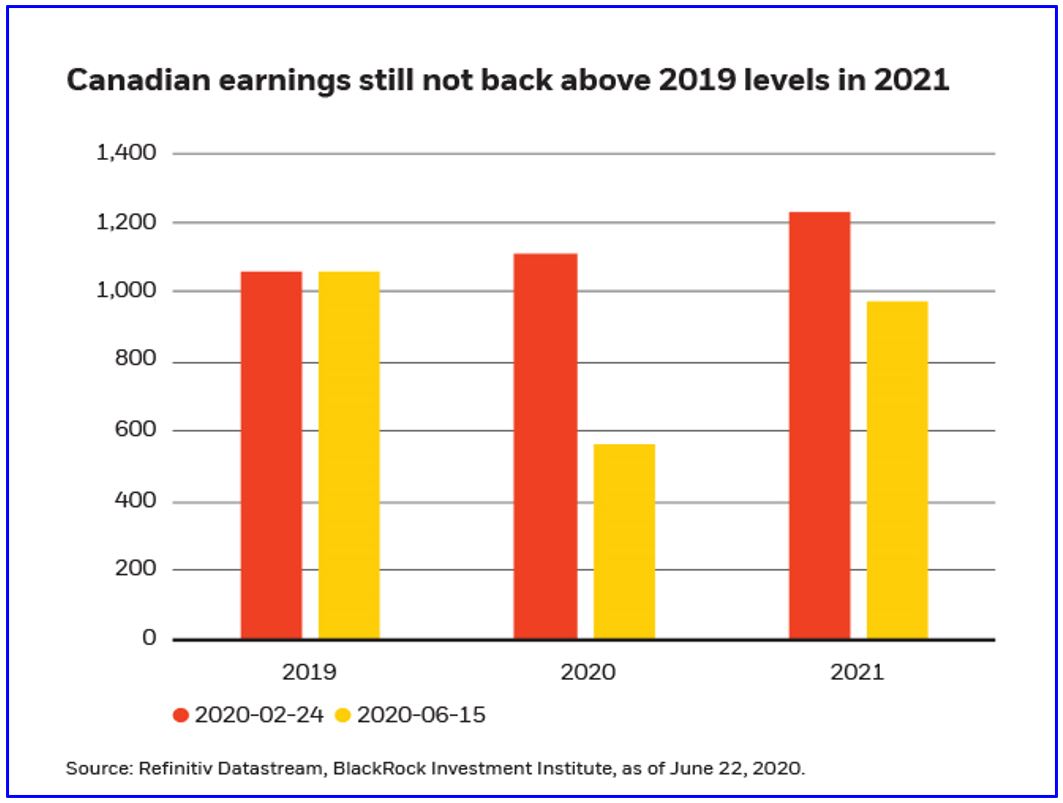 This caution is warranted given the high degree of uncertainty surrounding the economy’s reopening, the potential for sustained low oil prices, and worries about the impact of high rates of unemployment on high levels of household indebtedness. But these same risks are evident to monetary policymakers who will likely leave policy rates close to zero and use their growing balance sheet to ensure yields out the curve remain as low as possible as the economy restarts (see more here).

The story the bond market is telling is that central banks are likely to remain accommodative and suppress interest rates for an extended period as economies slowly reopen. The inaugural speech of the Bank of Canada’s new governor would seem to point the way for the central bank to embark on a quantitative easing program after a short period of using its balance sheet expressly to provide liquidity.

Stocks are not simply responding to a faster-than-expected reopening, they reflect a reasonable degree of caution on the earnings outlook and the prospects that bond yields may remain low for the foreseeable future. There are many risks to the outlook that could dampen the rally, including a renewed drop in oil prices, a pickup in infection rates and fatigue on the part of legislators to extend relief measures. But monetary officials have been working to avoid one potential risk to the economy and stocks: a sharp rise in interest rates. This explains why Canadian stocks and bonds are telling a reasonably similar story.

Kurt Reiman, Managing Director, is BlackRock’s Chief Investment Strategist for Canada and is a member of the BlackRock Investment Institute (BII).

This material is not intended to be relied upon as a forecast, research or investment advice, and is not a recommendation, offer or solicitation to buy or sell any securities or to adopt any investment strategy. The opinions expressed are as of the date indicated and may change as subsequent conditions vary. The information and opinions contained in this post are derived from proprietary and nonproprietary sources deemed by BlackRock to be reliable, are not necessarily all-inclusive and are not guaranteed as to accuracy. As such, no warranty of accuracy or reliability is given and no responsibility arising in any other way for errors and omissions (including responsibility to any person by reason of negligence) is accepted by BlackRock, its officers, employees or agents. This post may contain “forward-looking” information that is not purely historical in nature. Such information may include, among other things, projections and forecasts. There is no guarantee that any of these views will come to pass. Reliance upon information in this post is at the sole discretion of the reader.

© 2020 BlackRock Asset Management Canada Limited. All rights reserved. iSHARES and BLACKROCK are registered trademarks of BlackRock, Inc., or its subsidiaries in the United States and elsewhere. This article first appeared in the BlackRock Blog on the BlackRock Canada website. Used with permission.