Investors on high alert as volatility ramps up 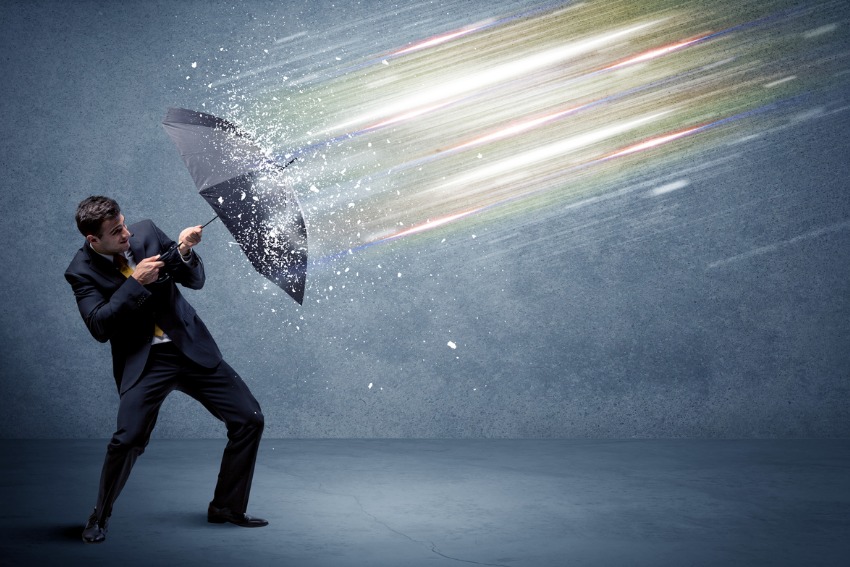 Renewed volatility in equity markets reflects growing concerns about a second wave in the virus and what it could mean for the promising restart to the global economy. AGF’s CEO and Chief Investment Officer explains why investors must not be complacent.

Equity markets sold off aggressively last week, only to rally again in recent days. What is driving this new patch of volatility?

It’s turned into a real tug of war over the past week with investors reacting to a spate of both positive and negative news. On the one hand, for instance, there’s been record-breaking U.S. retail sales figures and announcements of new government stimulus pushing markets higher, while on the other, there’s been growing fears about the risk of a second wave in the pandemic pushing them lower. In fact, that risk may not be fully understood just yet.

At last count, there are at least 21 states in the U.S. now experiencing an increase in average daily new cases and perhaps, more alarmingly, hospitalizations have increased since Memorial Day by more than 100% in some states like Arkansas and are at record levels in other states like Texas and Arizona.

Other countries are also experiencing surges in the virus, including China, which reintroduced lockdown measures in Beijing after a new cluster of the virus emerged from one of the city’s larger food markets earlier this month.

So, it makes sense that investors are back on high alert as they weigh the strength of the economic restart to date against the potential impact further outbreaks could have on the economy going forward and the next few weeks are going to be a lot more volatile than has been the case, really, since the end of March when stocks bottomed, and the rally began.

Is this a rude awakening for some investors who may have grown complacent thinking the worst was over?

The market was probably overbought before the pullback because too many investors were overly enthusiastic about the strength of the economic restart. This was highlighted, in particular, by the massive gain in stocks in the two trading sessions following the release of May’s U.S. employment figures earlier this month. The numbers, which showed 2.5 million new jobs were created in May, were no doubt better than expected, but the unemployment rate was still 13% last month – if not higher when accounting for other factors – and isn’t exactly a sign of economic strength. In other words, the market reaction didn’t quite jibe with the reality of the current situation.

Of course, that’s changed somewhat because of the increase in new COVID-19 cases being reported. Investors are now being forced to reassess their assumptions about how quickly and seamlessly the economy can recover. As U.S. Federal Reserve Chairman Jerome Powell has been soberly noting of late, it could be a long time yet before the U.S. economy is back operating at full capacity.

There has been a lot of discussion about the increase in participation of retail investors during the past few months. Has that played a role in the trading dynamic that has unfolded of late?

To be clear, the rally in stocks off the March bottom hasn’t been a complete mirage. Despite the need to remain cautious about the economic restart, there’s no question that the global economy is beginning a nascent recovery, but there’s also been a fair bit of speculation at play, and it’s perhaps no coincidence that retail participation has not been this strong since the 1990s.

If you recall, it took years for retail investors to jump back into markets in any substantial way following the financial crisis in 2008-09, but day-trading has proliferated this time around, much like it did during the dot.com era. Whether this latest proliferation ends up creating a similar bubble to then remains to be seen and may depend on whether the trend persists longer term, rather than fading out as other facets of daily life return to normal.

Still, if there’s been any froth in the market, it has not been driven by long-only institutional investors, who have remained much more cautious about the rally than their retail counterparts to date.

What will drive equity markets now that we’ve had a bit of a pullback?

As mentioned already, there’s probably going to be more volatility ahead, but it’s the same issues that have driven markets off the bottom that will likely persist.

First and foremost is the virus and whether a second wave really does take hold and to what degree. Will it be widespread to the point of locking down entire countries again? Or will it be more contained so that swaths of the economy can remain open?

Then there’s the ongoing question about the strength of the economic recovery even if the second wave of the virus is less disruptive than the first. So, it’s going to be important for investors to stay on top of the data related to the virus as well as the economy to figure out where markets may be headed from here.

For instance, alternative data sources like restaurant reservations or credit card sales can provide real-time knowledge about consumer habits and what industries and sectors of the economy are coming back online faster than others.

And what about the role of governments and central bankers going forward? They’ve already played a big part in the performance of equity markets this year.

The stimulus response has been a critical component of the rally off the bottom and more support is likely on the way. In the U.S. for example, a US$1-trillion package of additional aid is in the works to support small businesses and those unemployed due to the virus and then, markets moved higher last week on reports that the Trump Administration is considering a $1 trillion infrastructure spending program.

The European Commission, meanwhile, has recently proposed a €750-billion recovery fund, and other countries, including Japan, have also announced additional stimulus to prop up their economies in recent weeks.

All in all, these types of fiscal measures should remain an important catalyst for stocks for as long as the need for them continues to offset the potential long-term consequences of the massive debt burden that is piling up.

Kevin McCreadie is Chief Executive Officer and Chief Investment Officer at AGF Management Ltd. He is a regular contributor to AGF Perspectives.

© 2020 by AGF Ltd. This article first appeared in AGF Perspectives. Reprinted with permission.

The commentaries contained herein are provided as a general source of information based on information available as of June 17, 2020 and should not be considered as investment advice or an offer or solicitations to buy and/or sell securities. Every effort has been made to ensure accuracy in these commentaries at the time of publication, however, accuracy cannot be guaranteed. Investors are expected to obtain professional investment advice.

The views expressed in this blog are those of the author and do not necessarily represent the opinions of AGF, its subsidiaries, or any of its affiliated companies, funds, or investment strategies.

™ The ‘AGF’ logo is a trademark of AGF Management Limited and used under licence.