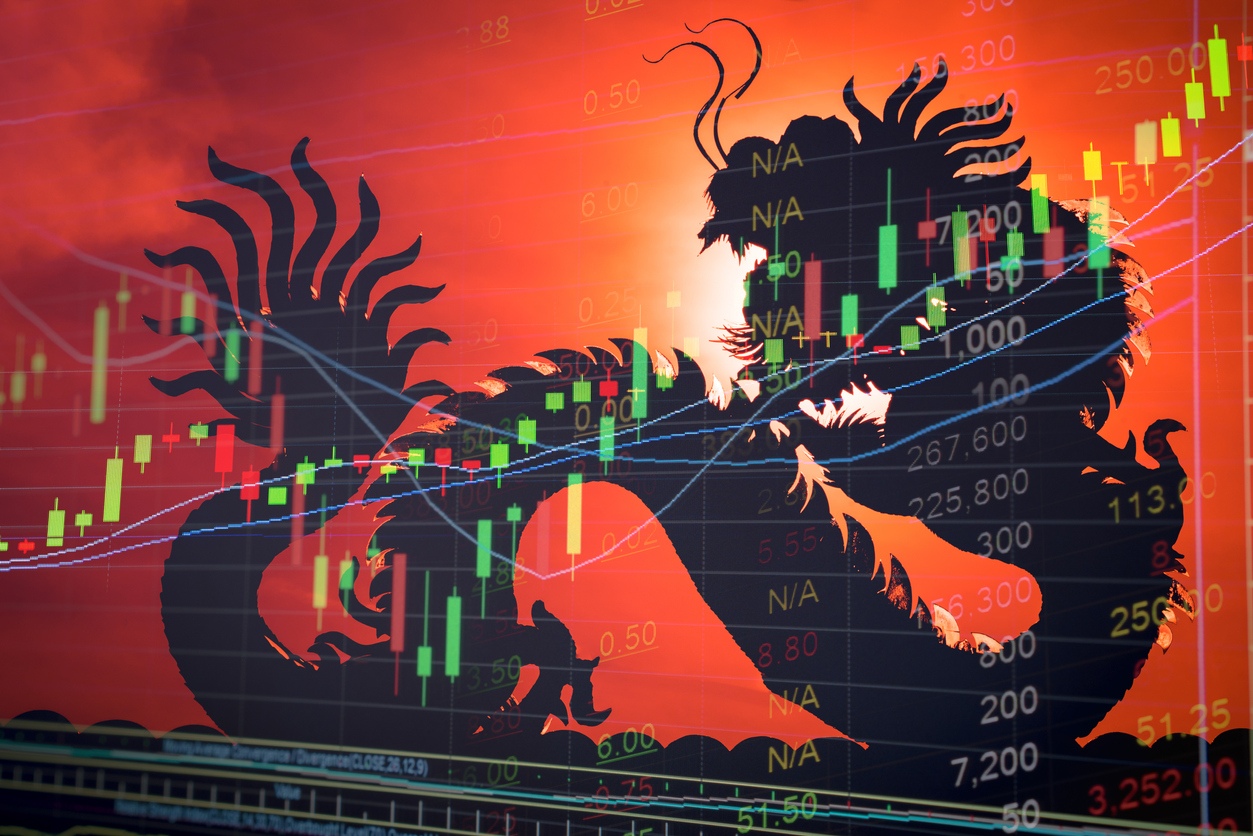 I first travelled to China in 1993 (full disclosure: I was a trumpet nerd on tour with my school’s concert band). Back then, it was a blur of bulldozers, a dizzying amount of people, and some ill-timed food poisoning…serious culture shock for a small-town kid from British Columbia.

In hindsight, I was witnessing a tectonic shift. China was about to embark on one of the greatest economic transformations in history. And they weren’t alone. Other developing countries were also opening to the world. Borders were falling. And, if you squinted hard, glimpses of rapid globalization could be seen. Some 3 billion new consumers, producers, and savers were just emerging from isolation.

What set off this dynamic super trend? Mainly the interaction of three significant events – the dissolution of the Soviet bloc, the end of cold wars between communism and capitalism, and importantly, the opening of China (with 2001 as the landmark year when they finally gained accession to the World Trade Organization). The result was that almost the entire world’s population found their lives being guided by the invisible hand of market forces instead of the iron fist of communism or feudalism.

Arriving into Beijing’s bustling international airport last week (this time without the band and trumpet), the point was again driven home. Evidence of progress and modernization is everywhere. The statistics speak for themselves: Since China emerged from its near-death experience in 1989, it has been the world’s fastest-growing economy for three decades.

Yet the country is now at a crucial inflection point. The trade war’s tariffs have reduced external demand and sent broader shock waves across global supply chains. Domestically, the country must deleverage but maintain reasonable levels of output. And growth is steadily slowing.

Contrary to a long-running consensus, none of these are existential risks. In fact, the most important facts about China today are not problems of slowing growth and high leverage. Rather they are the shift away from exports and massive infrastructure spending to consumer-led growth, improving margins, and financial liberalization. We are only in the foothills of a long journey.

In this special report on China, we respond to the most relevant questions from our clients. Our investment team met with dozens of policymakers, economists, government officials, leading companies and institutional investors across the country. As always, we invite further questions from our readers.

What are your big China observations?

Where to start? At the risk of stating the obvious China is massive. And very diverse. Our high-speed train trip from Beijing to Shanghai was a journey that seemingly took us from monochrome to technicolor. Beijing, brimming with history, was orderly and functional but somewhat homogenous in its landscape. By contrast, Shanghai clearly refuses to color inside the lines – a sprawling city so vibrant and lively that the energy seems to pass directly into the bloodstream (perhaps the way I once felt about NYC). It is a truly global city, gesturing to a new direction for the entire country. But there are over 160 cities in China with more than 1 million people. For scale, Canada has 5.

Secondly, China gets stuff done. Now, right up front, there can be much room for misunderstanding here. Everyone has their China biases – even macro geeks. But the facts, as best as we can tell, are as follows. Yes, China is still ruled by a so-called communist party, and top-down policy control has arguably increased under President Xi Jinping. But check your preconceptions at the door – things are moving quickly in China. While state-owned enterprises still exist, bottom-up capitalism dominates. Even foreigners are impressed. Tesla’s Shanghai Gigafactory was just set up in record time, taking them just 168 working days to go from permits to a finished plant.¹ Everywhere we went, we heard similar stories.

This may be controversial, but I believe that the people are happier than commonly thought. Forty years ago 88% of the Chinese population lived in poverty. Today that figure is less than 1%.² That means more than 850 million people have experienced a quantum leap in their standard of living.

One financial professional we met was one of these people. Born in a tier 4 Chinese city and now working in the U.S., he told us the story of his family and how grateful they were for the increased standard of living. Their lives had been completely transformed. In an era defined by global gloom and deep negativity (where pessimism is the common language), this is a refreshingly positive story.

Many Chinese brands are also doing well. Some may think this has been fueled by rising nationalism as a result of the trade disputes. Perhaps. But domestic companies had been steadily gaining market share long before any eruptions in trade spats. Many Chinese companies now perform at the same level as their Western counterparts. In 2019, Huawei and drone maker SZ DJI Technology Co. lurched ahead of once-untouchable American companies like Apple and Nike to make the list of China’s 10 most favorite brands (according to San Francisco-based consulting firm Prophet).

This is where it gets interesting for the “I-get-my-global-investment-exposure-from-U.S.-multinationals” camp. Yes, the U.S. sells an enormous amount to China (almost $120 billion of goods in 2018, only behind Canada and Mexico). And, yes, U.S. companies have expanded in China and overseas to capitalize on new opportunities. For example, General Motors (whose Shanghai plant we toured) now sells more cars in China than in the U.S.

But globalization is a double-edged sword. International expansion doesn’t guarantee fatter margins. Quite the opposite. As the world flattens (to borrow Thomas Friedman’s phrase from a few years back), U.S. companies face new competition – at home and abroad.

Finally, the Chinese are acutely aware that big economic risks lie ahead: uncertainties in global demand; required deleveraging; elevated property markets; protests in Hong Kong; and those pesky trade wars – to name a few. “No one thinks the economy is doing great,” remarked one Chinese portfolio manager, running out of time in her two-part presentation to move from the “risks” to the “opportunities” section.

The mood is one of hustle and heavy lifting ahead. In May 2019, President Xi made a highly-publicized visit to a memorial of the Long March, the Red Army’s fabled retreat from nationalist forces during China’s civil war. His message of a “new Long March” was widely taken as a signal that he is preparing for a protracted standoff with the U.S. However, it was almost certainly meant to be more. The President has long promoted four transitional imperatives: the shift from export and investment-led growth to an economy driven increasingly by domestic consumption; the shift from manufacturing to services; the shift from surplus saving to saving absorption in order to fund a broader social safety net; and the shift from imported to indigenous innovation. No doubt, a daunting list for any country. We will be monitoring all of these closely.

China is slowing. How bad is it?

“China’s GDP Growth Grinds To 30 Year Low,” screams a recent headline. The article breathlessly lists all the possible risks and – don’t wait for it – suggests an imminent arrival of a China crash. This has almost become a cliché.

We get it. China is slowing. The country’s GDP growth averaged 11% in the 2002-2011 decade. It’s now at the bottom end of their official range of 6%- 6.5%, and further moderation is near certain in the years ahead.

But let’s separate fact from fiction. A fixation on GDP growth rates misses the mark. Measured in U.S. dollars, the Chinese economy is 30 times larger than 30 years ago. Even at the slower GDP rate, China’s contribution to global growth (approximately 21% this year) is far higher than at any time in history and higher than any other economy in the world.

What’s more, much of China’s slowdown has been coordinated by policy. In the boom years, many starry-eyed China watchers previously predicted real GDP growth of 10% plus indefinitely. But there are limits to linear thinking. While trends can stay in place for some time, lines often bend, or even break and gallop off in new directions.

One senior Chinese executive joked (pointing upward), “We used to be able to see the economic index in the sky.” More smog equaled higher GDP. Today, the air is much cleaner (at least in tier 1 cities, no doubt the result of some careful window-dressing). But he went on to tell the story of a steel production facility in Beijing that had transitioned to a luxury racetrack. The new economy is outpacing the old.

More broadly, investors should not confuse current cyclical weakness with the powerful secular story. China’s new path is driven by broad recognition that the growth model of the last 30 years is neither balanced nor sustainable. The new model must rebalance away from export and investment-led production toward private consumption. “Made in China” and Western consumerism can no longer be intimately linked. This is a necessary shift if China is to avoid the so-called middle income trap, which ensnares most emerging economies that rely on cheap labor for growth. And it is entirely consistent with former Premier Wen Jiabao’s critique, who famously warned in March 2007 that China’s economy was becoming increasingly “unstable, unbalanced, uncoordinated, and unsustainable.”

GDP per head in China has just surpassed US$10,000. To move sustainably higher, policymakers know productivity must dramatically improve. That requires a litany of change – reduced corruption, changes in social welfare, and an improved operating environment for the private sector. A critical next step is to establish a robust social safety net and thereby reduce fear-driven high household savings rates (which still hover around 45%). This will lead to a virtuous cycle of consumption, job growth and, ultimately, higher real wages and corporate profits.

China is also moving from the rapid industrialization stage of growth (where the main objective was to build up infrastructure and heavy industry) to the resource efficiency stage (where the main goal is to maximize the return on investment). For the last three decades China has overinvested in manufacturing capacity, securing global market share by keeping prices low.

This has now changed. At the 19th National Congress in October 2017 in a marathon speech lasting 3.5 hours, Xi Jinping confirmed the new direction: Companies and local governments must now focus on the quality of growth. Supply-side structural reforms are clearly the highest priority of Chinese policymakers, with an emphasis on productivity, innovation, environmental protection, and moving up the value chain in manufacturing and services.

The days of bloated capacity are fading. Therefore, over the next several years China will see reduced capital waste and improved profitability. That means slower but higher quality growth.

2. Figures from the World Bank.

Tyler Mordy, CFA, is President and CIO for Forstrong Global Asset Management Inc., engaged in top-down strategy, investment policy, and securities selection. He specializes in global investment strategy and ETF trends. This article first appeared in Forstrong’s Global Thinking blog. Used with permission. You can reach Tyler by phone at Forstrong Global, toll-free 1-888-419-6715, or by email at tmordy@forstrong.com. Follow Tyler on Twitter at @TylerMordy and @ForstrongGlobal.

The foregoing is for general information purposes only and is the opinion of the writer. The author and clients of Forstrong Global Asset Management may have positions in securities mentioned. Commissions and management fees may be associated with exchange-traded funds. Please read the prospectus before investing. Securities mentioned carry risk of loss, and no guarantee of performance is made or implied. This information is not intended to provide specific personalized advice including, without limitation, investment, financial, legal, accounting or tax advice.